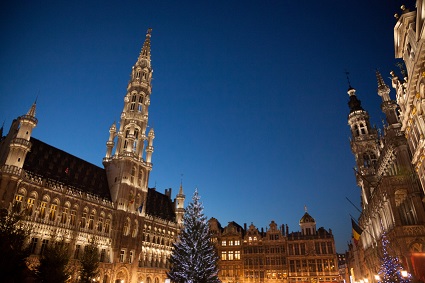 IFC food consulting organization took part in the inauguration event of the Gastronomy, Art and Culture Center España Select opened in Brussels the weekend of March 28th.
The main goal of this center is to mediate between Spanish food and beverage producers who belong to Marca España and international customers.
IFC provided the cocktail on the inauguration night attended by 1200 people including, among others, the Spanish Ambassador in Belgium; the High Commissioner for Marca España, Carlos Espinosa de los Monteros and two-Michelin star chef Diego Guerrero.

Video of the inauguration event.